One Year Since ISIS’s Declaration of the Caliphate: Sexual Violence Must be Stopped 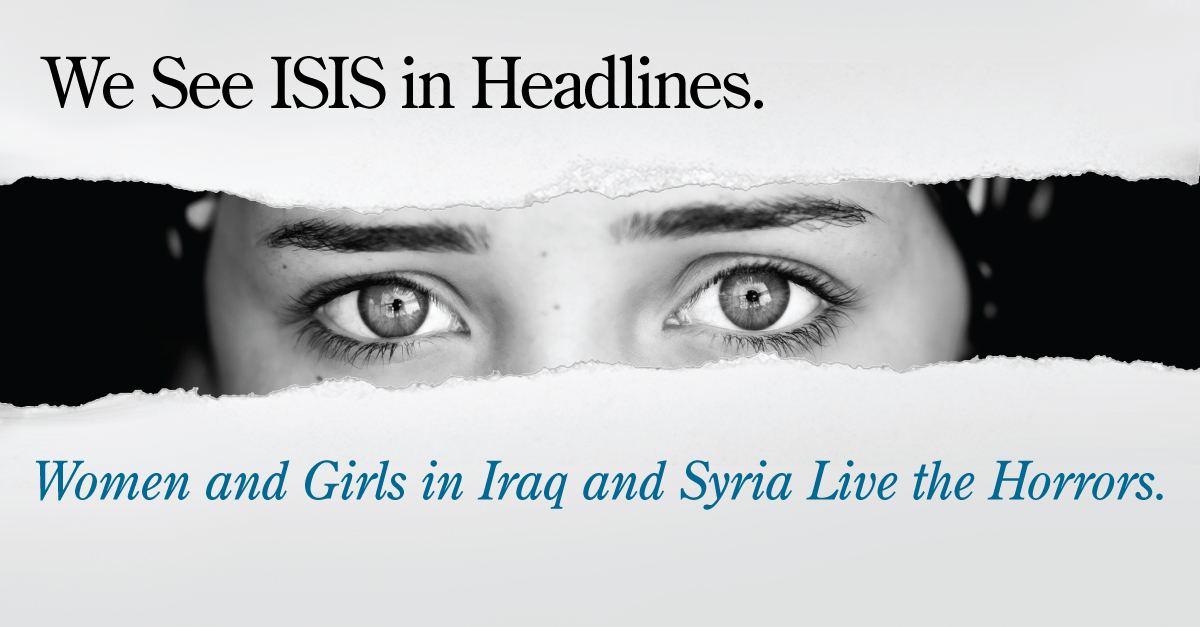 Today marks exactly one year since ISIS declared a caliphate in Iraq and Syria. An NBC News article by Cassandra Vinograd and Ammar Cheikh Omar published this morning discusses the strength that ISIS has amassed during the past year. ISIS has maintained control and been strengthened by territorial expansion and the far-reaching influence of its ideology. Affiliates of ISIS have even sprung up around the world, for example in Nigeria, where Boko Haram has pledged its allegiance to ISIS.  It is even speculated that Boko Haram will soon declare a caliphate of its own.

There have been many attempts to curb ISIS’s power over the past year. However, the Iraqi military is not effective at fighting ISIS, and even though the United States has tried to weaken ISIS with airstrikes since last August, ISIS does not seem to be faltering. There are also hundreds of rebel groups that are currently fighting ISIS under the FSA, but they are not well organized and are lacking in resources, ammunition, and arms. Conversely, ISIS is extremely coordinated and well-resourced. In fact, “more people than ever are perpetrating violence in the group’s name.” The propaganda issued by ISIS is “infectious” and is successful at attracting fighters. So far the coalition forces have not been able to stop this trend, or ISIS itself.

According to Human Rights Watch’s April 15, 2015 publication “Iraq: ISIS Escapees Describe Systemic Rape,” ISIS has been committing war crimes against women and girls by systemically raping them, assaulting them, and subjecting them to sexual slavery. These women and girls are regarded as property and are forced to endure intense torture. The exact number of captive Yazidis is unknown due to the fact that the conflict is ongoing and many Yazidis have had to flee. According to the Office of the United Nations High Commissioner for Human Rights, roughly 3,000 Yazidis are still in captivity while other sources, such as local officials and community activists, believe that the numbers are much higher.

While it is important for the international community to be working towards the long term goal of weakening ISIS, there are steps that can be taken immediately to help the woman and girls who suffer daily under their reign of terror. For example, Yazidi women and girls are being systematically raped by ISIS and are being forced to carry the child of their rapist due to an antiquated US policy. It is crucial that President Obama overturn the 1973 Helms Amendment, which prevents any US aid from funding imperative, safe abortions to these women and girls who are in desperate need of relief. The international community should also be working to end impunity for the perpetrators of sexual violence. For example, it is vital that the International Criminal Court recognize the gendered abductions of these Yazidi women and girls as genocide. Recognizing this as genocide will cause an immediate duty to act among states and send a clear message to the perpetrators of this sexual violence that it will not be tolerated. The women and girls living in Iraq and Syria cannot wait another day, and the US and international community cannot wait another year to take actions on their behalf.