Bringing a Gendered Lens to Genocide Prevention and Accountability 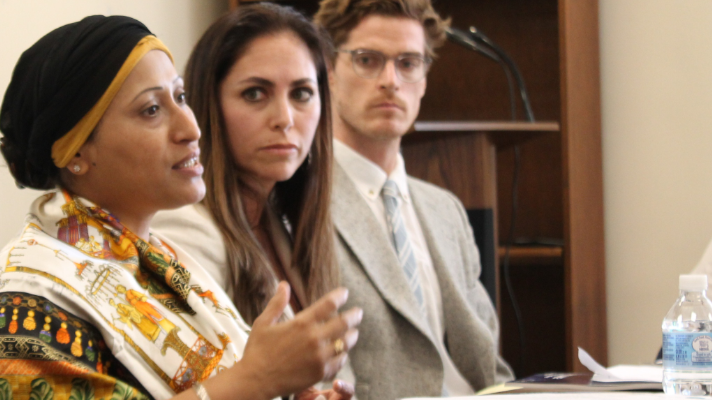 More than 70 years after the adoption of the Convention on the Prevention and Punishment of the Crime of Genocide, mass atrocity crimes are still carried out in systematic and, equally important, gendered ways. The lack of emphasis on the gendered nature of coordinated crimes not only jeopardizes international security but also ignores the multi-layered reality of genocidal violence. The most recent genocides against the Yazidi and the Rohingya populations are clear instances of the international community neglecting to prioritize a gendered lens in preventing and punishing genocide.

On 22 May, the Global Justice Center and the International Coalition for the Responsibility to Protect (ICRtoP) held a panel on “Gender and Genocide: Engendering analysis for better prevention, accountability, and protection” to examine critical gaps within the framework of analysis for atrocity crimes. (Read GJC’s white paper Beyond Killing: Gender, Genocide, & Obligations Under International Law  to learn more about the ways in which female experiences of genocide are too often removed from the analysis of genocidal violence.)

“First they target the women and then the people will leave. Rape as a war tactic is meant to create fear. The violence is clearly not about individual sexual desire. This is a group effort,” said Razia Sultana, one of the panelists and founder of Rohingya Women Welfare Society.

Sultana’s report Witness to Horror—an investigation of Burma’s crimes against the Rohingya—reveals hidden and rarely documented layers of genocide. Examining hundreds of Rohingya witness and victim testimonies, it is evident that although rape was used as a deliberate tactic against women and men, it disproportionately harmed women and girls. Moreover, as Sultana emphasized, female survivors experience re-traumatization and discrimination due to stigma around sexual violence and ingrained gender norms, which often hinders them from successfully reintegrating into their communities.

Similarly, Daesh systematically used gender-based violence to achieve two tactics: gain a military advantage and break down the Yazidi community. “Their strategy encompassed targeting men and boys to limit the growth of opposition by warding off rebellious tendencies, and sexual enslavement of women boosted morale, rewarded fighters, and drew in recruits,” stressed Cardozo School of Law Prof. Jocelyn Getgen Kestenbaum during the discussion. Forcible separation of genders and enslavement of women and girls, in particular, are often overlooked as part of the genocidal intent of preventing births within the group.

Gender is a fundamental component of genocide. “International law must see genocide as a gendered act—more than just mass killings,” emphasized GJC Deputy Legal Director Grant Shubin. “Gender is an integral underpinning that informs how perpetrators oppress victims. An understanding of what it means to be male or female in a society is integral to how crimes of genocide are committed.” If the international community fails to account for this, we won’t have the necessary tools to recognize early risks of genocide, to adopt survivor-centered approaches in post-conflict peace-building, and to hold perpetrators accountable.